Coronary Artery Bypass, a surgical procedure designed to restore circulation to the heart, will relieve or lessen the symptoms of coronary artery disease and improve the functioning of your heart. In this operation, a segment of the artery or vein is attached to the aorta and then attached below the blockage into the coronary artery. This allows the blood to be taken directly from the aorta through the bypass, around the blocked coronary artery, which allows blood to flow to the heart muscle. One or more bypass grafts may be used depending on the number of diseased arteries. You may have two incisions from your surgery, one in the midline of your chest and other small incision(s) on the leg from which the vein graft was removed. A special instrument called an endoscope is used to remove the vein from your leg.

The vein removed from the leg, the Internal Thoracic Artery (Mammary Artery) or the Radial Artery may be used as bypass grafts which are in the additional Segment. The Mammary Artery lies beneath the breastbone, along with the inside of the chest wall. As a bypass graft, One or two mammary arteries may be used. Utilizing the mammary artery will not require an additional incision. The radial artery is located in your forearm. Your body can easily compensate when these blood vessels are removed.

Traditional Coronary Artery Bypass Grafting is the most common type of coronary artery bypass grafting (CABG). It’s used when at least one major artery needs to be bypassed.

The chest bone is opened to access the heart during the surgery. To stop the heart medicines are given, and a heart-lung bypass machine is used to keep blood and oxygen moving throughout the body during surgery. To operate on a still heart this will allows the surgeon.

After surgery, blood flow is restored to the heart. The heart starts beating again on its own. Mild electric shocks are used to restart the heart In some cases.

Because the chest bone is opened to access the heart the Off-Pump CABG is similar to traditional CABG. The heart-lung bypass machine isn’t used and the heart isn’t stopped. Off-pump CABG is also called beating heart bypass grafting.

This surgery is similar to off-pump CABG. Several small incisions are made on the left side of the chest between the ribs Instead of a large incision (cut) to open the chest bone.

For bypassing the blood vessels in front of the heart this type of surgery mainly is used. This type of procedure done less often than the other types of CABG.

For more than one or two coronary arteries need to be bypassed this type of surgery will not be done. 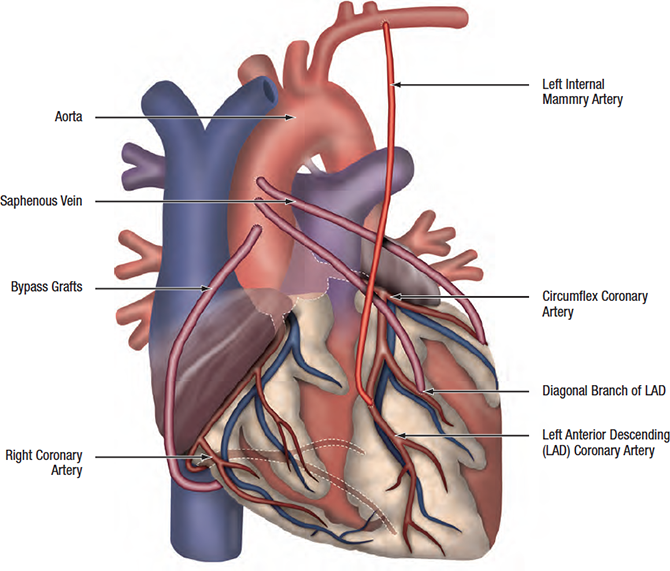